Tired of the wind, are you?  Weather has always been unpredictable here, so might as well get used to it!

Janet Scott (Cameron) wrote these words for a program she gave to the Simi Women’s Club in May, 1910:

“…during the winter of 1889-90 fearful storms were experienced.  At the time, for 40 days, the sun scarcely shone, although of course, it did not rain all the time.  The stage was stopped. The newly-made (dirt) roads were impassable. It was out of the question for neighbors in the outlying districts to communicate with each other. Each was virtually a prisoner on his own farm. Sheets of water spread out over much of the land. At last the rains had ceased and a plucky shepherd, living where Mr. Hoar now has his piggery, started to go to the Colony.  (Think where Royal High School is today.)  On the road between Mr. Hoar’s and J.C. Scott’s, the poor horse went down almost to his body. The distracted man called for a few neighbors and after working hard for half a day, the animal was rescued.

This is the method they employed: Sacks were filled with straw and placed about him, then the men would lift him a little, push under the sacks, lift a little more, and so on. Finally through the combined efforts of both horse and men, he was able to be shod with sacks of straw and safely led to camp.  A fat sheep was the neighbors’ reward. 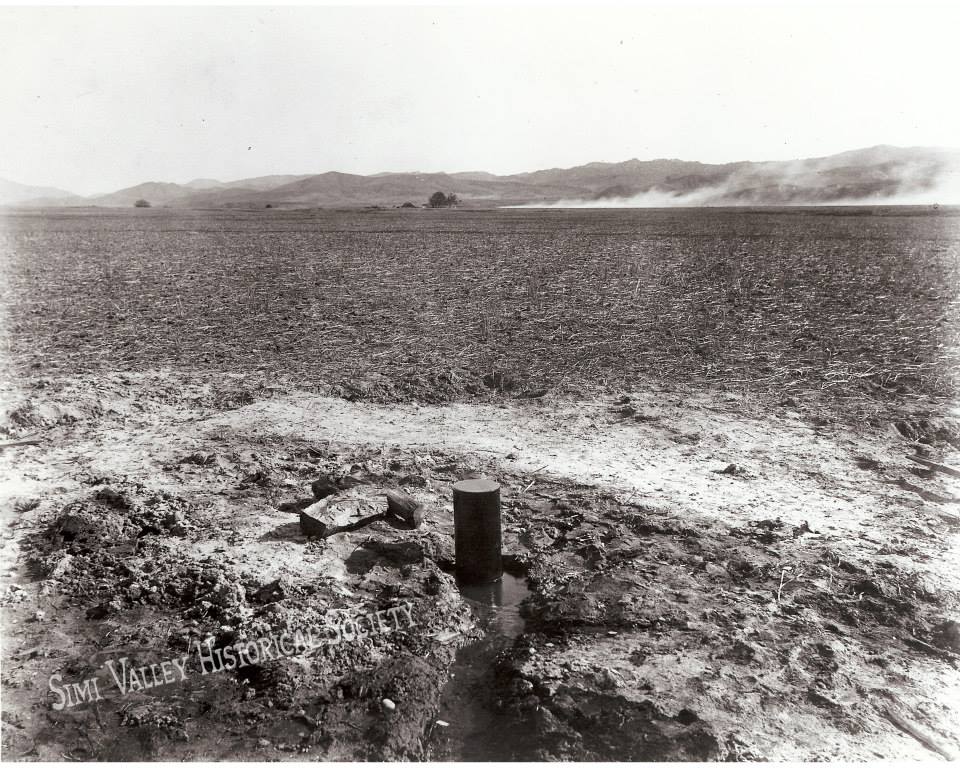 This is a view of an artesian well on the C.E. Hoar Ranch which was roughly where Royal High School is now. This is looking to the southeast. This photo is on page 52 of ‘Simi Valley-a Journey Through Time’ in the chapter titled ‘Barren Beginnings in Simi.’ This photo was taken in c.1887 by C.H. Shaffner, and was originally published in ‘Views on the Simi’ a book to promote development in Simi Valley. From the Charles Outland Collection, Courtesy of Eleanor Taylor.