“Upon the advent of the colonists, Mr. Sawtelle set up the store all know so well, and stocked it with goods he bought some years before in New York, and which he had taken to Nebraska, bringing the same to Simi. In addition to keeping store, Mr. Sawtelle, or “Honest John” as he was called, ran the stage, which was usually a cart, bringing the mail and small articles he did not have in his own store, from San Fernando.

“In one instance a spool of white thread was wanted. This Honest John did not have, so the next day he brought it over, charging five cents for the thread and ten cents for his trouble, 15 cents in all.

“In 1890, another store was started in Simi by George Frey, who tired of the business in a month or so and sold out to John Keir and Mr. Stones. In about a year, Mr. Stones sold his share to W.S. Keir, who bought out his brother John, and he conducted the business until this year [1910].“

Pat’s comment: This store continued to change ownership; the last was named Murphy.  Finally, when Rosa Arabella Printz retired from the post office in her Colony House, the U.S. Post Office made the former store into its Simi post office, which lasted until about 1960!  By that time the sidewalk outside was used to organize mail sacks and packages. 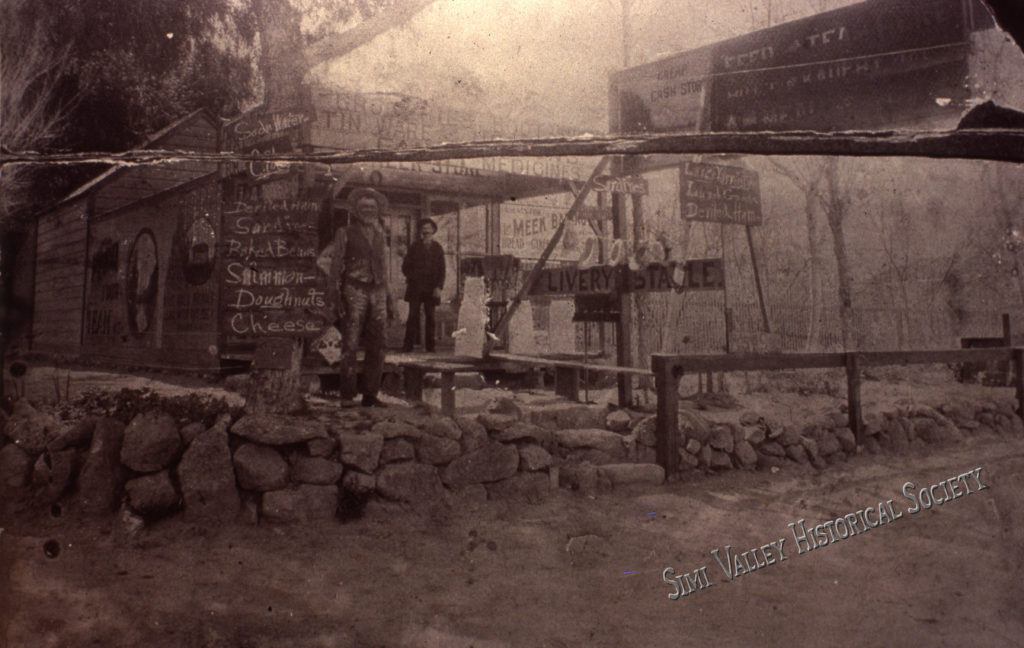 In 1888 John Sawtelle opened first store in Simi Valley. He is on porch with his son, George 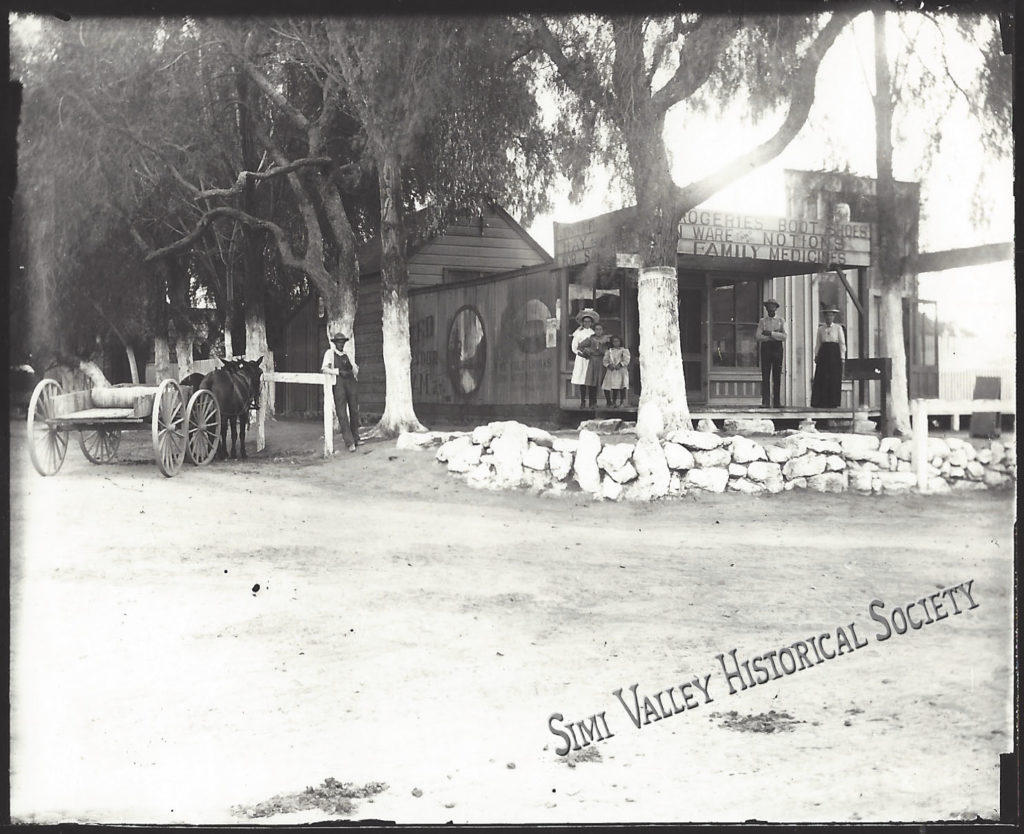 The Sawtelle store and house third st and LA Ave. from JS Appleton. 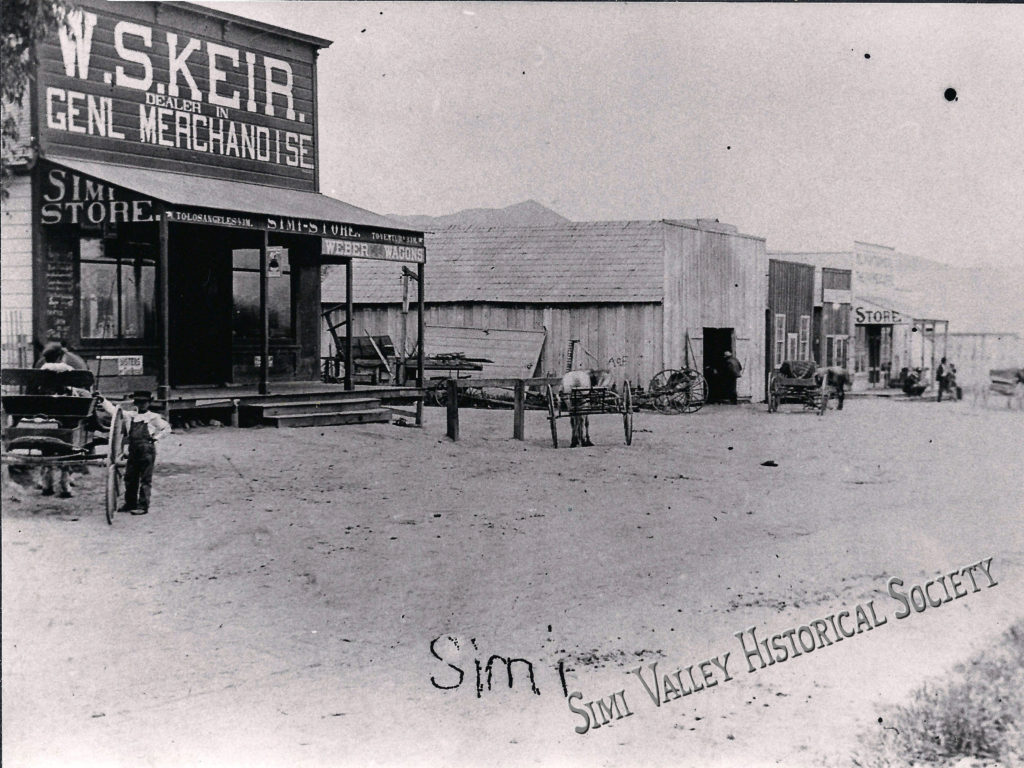 The Keir Store on Los Angeles Ave at 4th St.  The Simi Store at Strathearn Park was built to resemble this building. 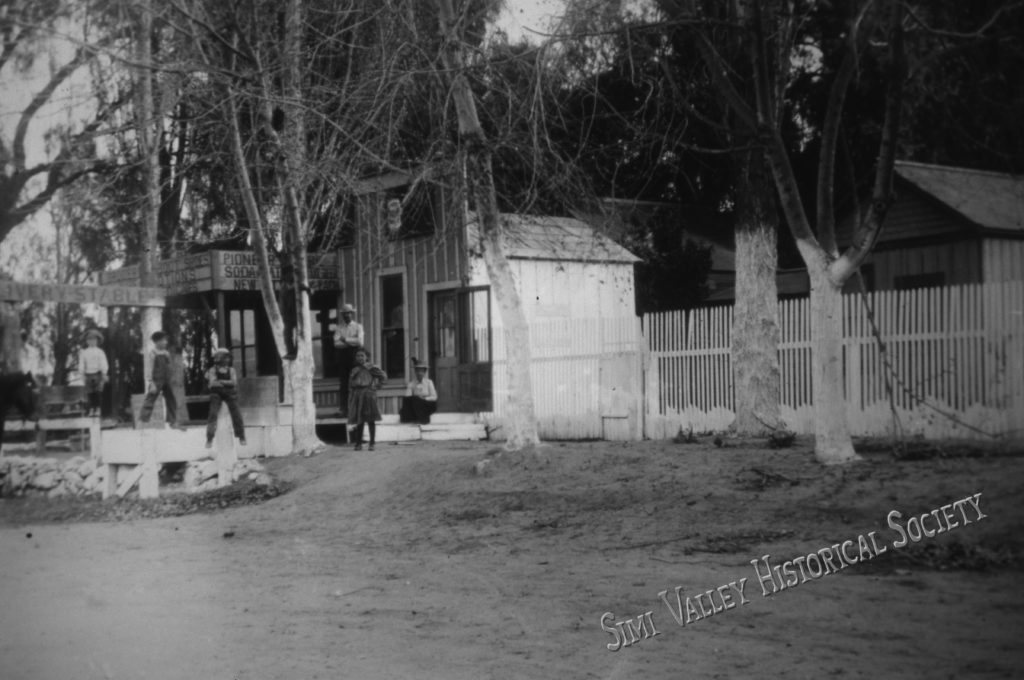