“In August of 1889, one afternoon the air was stifling. Clouds of dense smoke completely obscured the sun. Looking over the treeless tracts of land to the east, billows of smoke and fire were seen rolling up the mountains and onward. Men and teams set out to work at once to plow the stubble just east of the road running north and south through the valley.  This was the salvation of Simi, although men with sacks wet in the water from the creek did what they could.

At that time the county road followed the south bank of the Arroyo. All roads were very convenient, for they ran everywhere, and if there was no road the particular way one wanted to go, one went that way anyhow.”

Pat Havens’ comments about El Camino Real: That may give us a hint as to the main route through this valley, and also why Royal Avenue was so named.  [Camino Real means Road Royal.] This observation was made by Ellen Darby several years ago.  Also I remember Jerry Haigh’s explanation of why we have both Tapo Street and Tapo Canyon Road.  People just took off at an angle from Tapo Street, headed up the canyon! 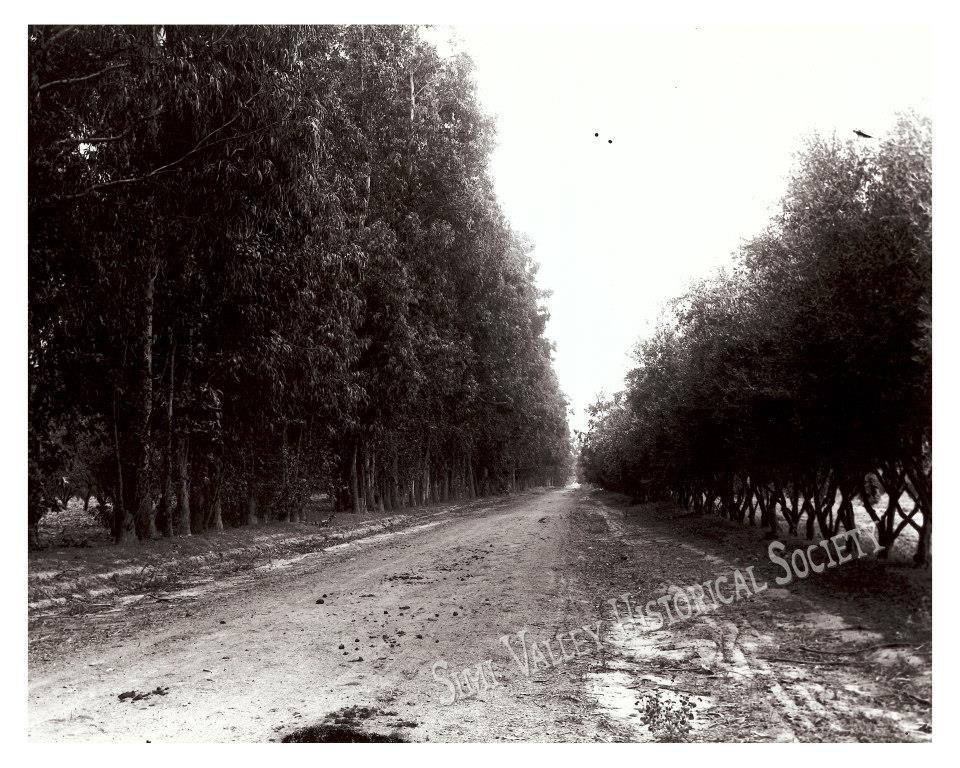 Back in those days Royal Avenue was simply known as ‘the Back Road.’

You see all of the trees (mostly eucalyptus and cedar) that served as windbreaks. This photo is by John Sparhawk Appleton, courtesy of the Bill Appleton Collection.  Photo is on page 356 of the unbelievably informative book ‘Simi Valley-A Journey Through Time.’