Let’s look at the early schools in Simi.  Lou Crinklaw Wright wrote this in 1953.  Lou was a teacher herself at Santa Susana School.

“The very first school we know of was lessons taught in French in the Simi Adobe for children of Basque sheep herders named Juaregui. The second was taught in Sycamore Canyon [where Brandeis-Bardin Campus of the American Jewish University is now located], when S.M.W. Easley and Napoleon Bonaparte Cornett employed a wandering teacher to instruct their children.  Then a granary on the Saviers place [now Erringer Road] was utilized.  When the Simi Colonists arrived, one buyer who decided not to come, donated her house to be used as a Methodist Church.  It was used for a school until the first real school was built in 1890.”

Pat’s comment: In Santa Susana, school was held in a Southern Pacific Warehouse, until their first school was built south on Tapo Street.  Eventually the two separate districts united in order to build a high school, and a modern elementary school. The resulting development of houses and stores was dubbed Community Center. This was in the 1920s. 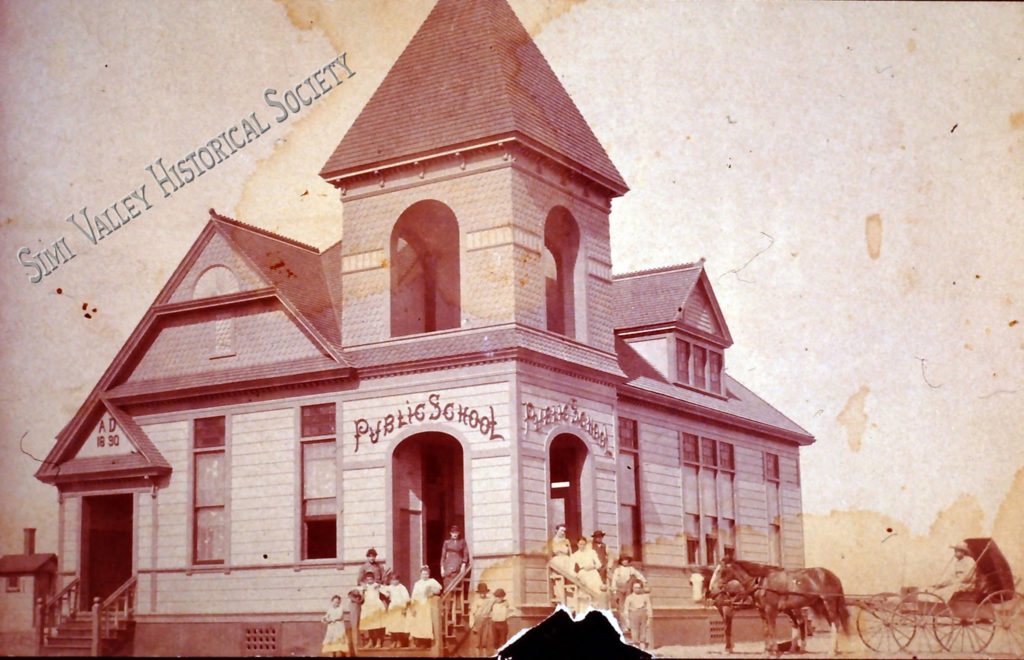 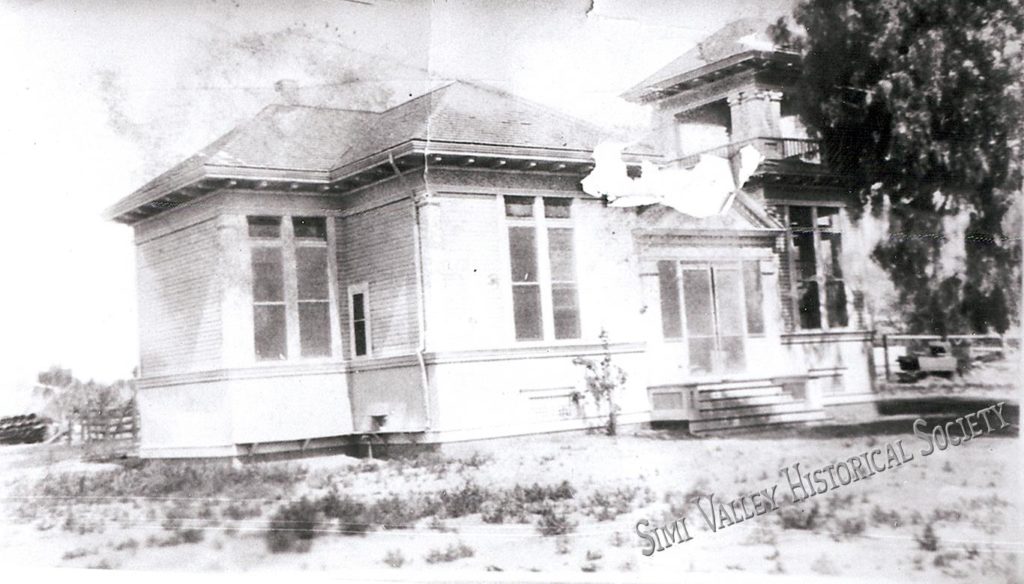 The Santa Susana School was built around 1902 on Tapo St. about a block and a half south of Los Angeles Ave. The new school had a bell tower and was nicely designed, but only one room. It eventually became too small to accommodate the number of students. It ceased to be used as a school and was used as a private residence, a pool hall and a variety of other things. 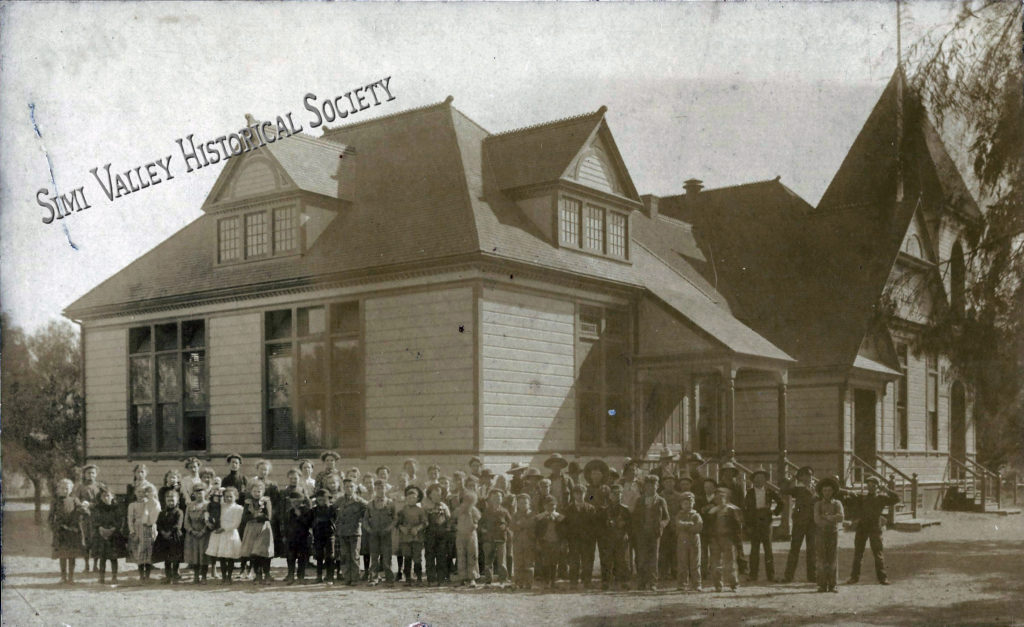 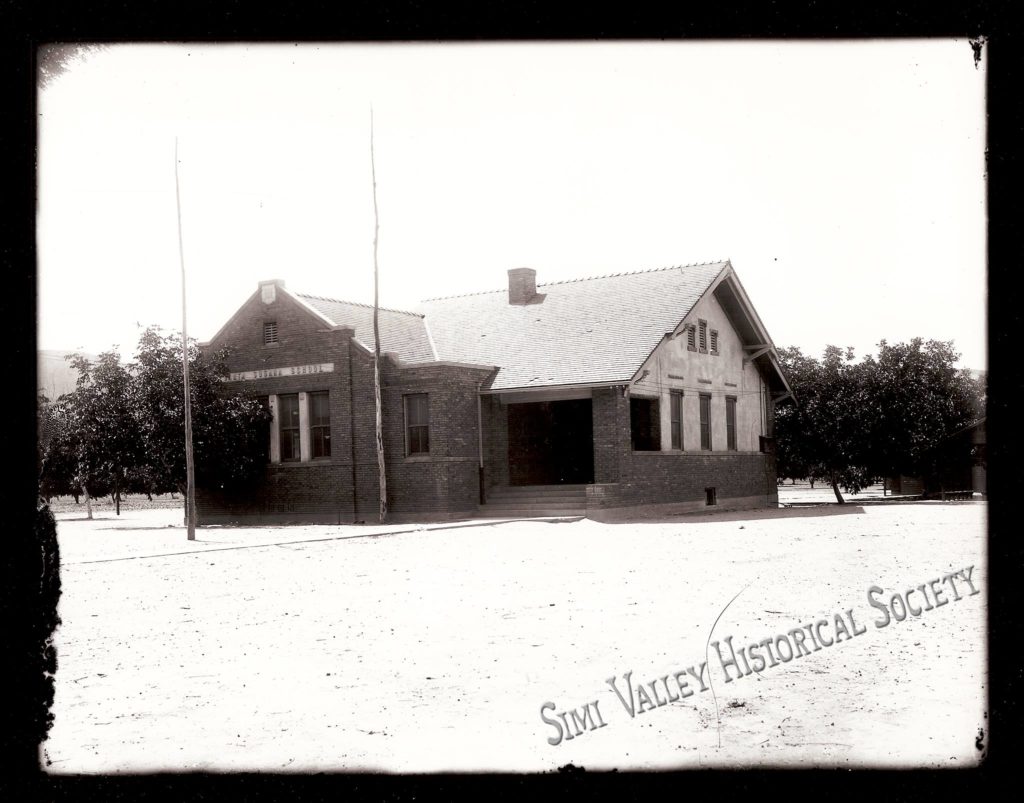 In 1915, another Santa Susana School was built , facing Los Angeles Ave. to replace the small 1902 building. It was built of brick, which became a concern after the Santa Barbara earthquake (1925) caused so much damage. The use of that building was discontinued. 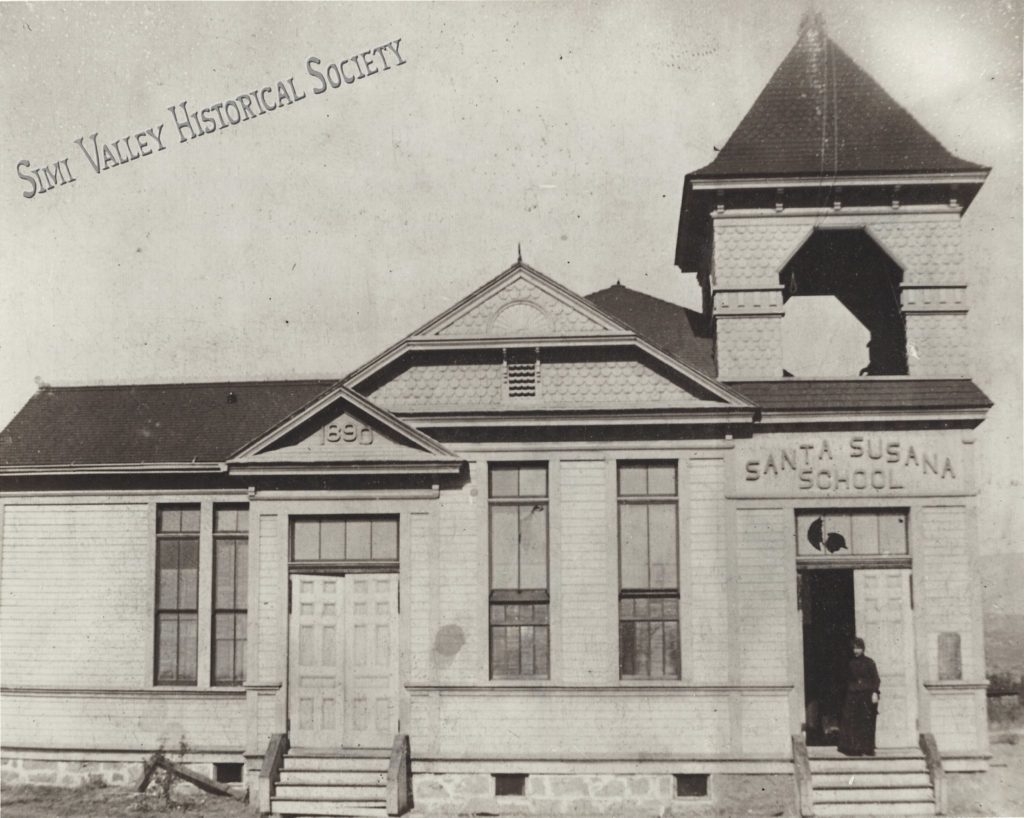 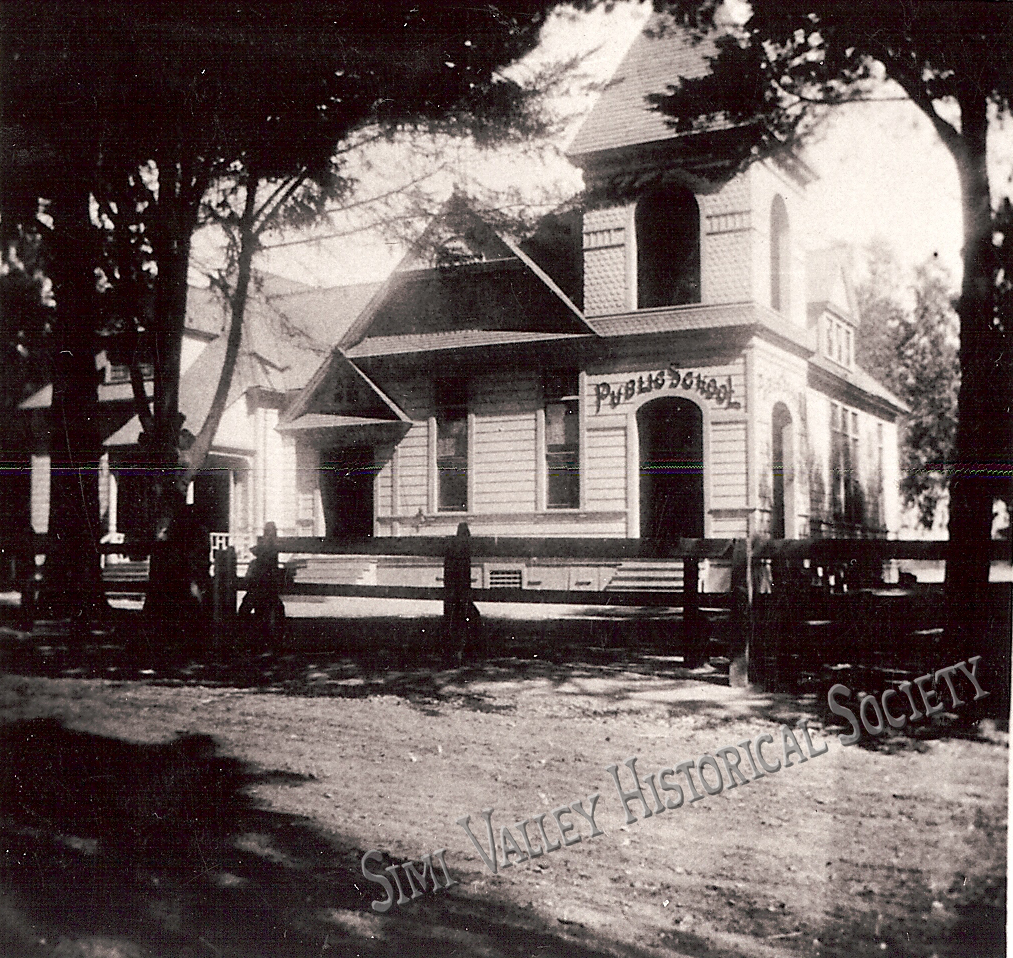 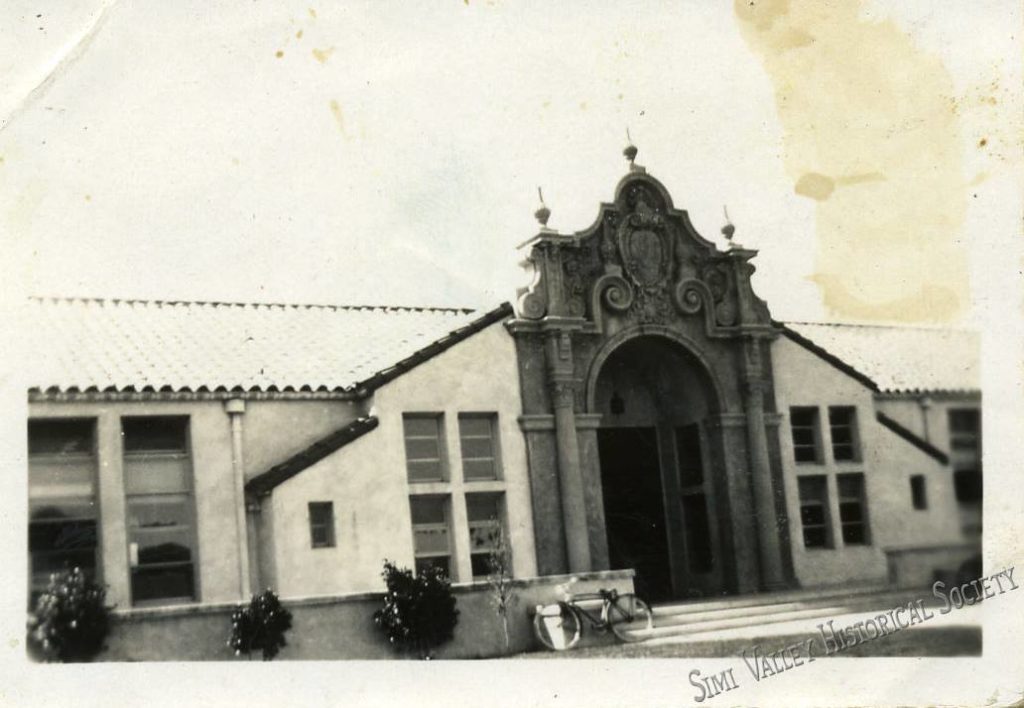 The Simi district and the Santa Susana district unified and built Simi Elementary (1926) and Simi High School (1924) in newly created Community Center. All students from both Simi and Santa Susana traveled to Community Center after that. Here is what Simi Elelmentary looked like when it was first built in 1926.