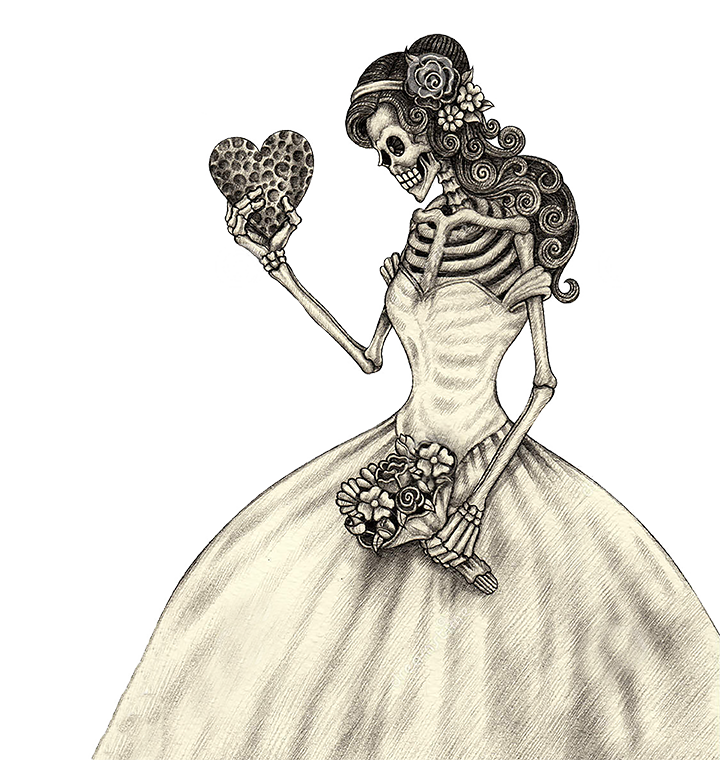 Who is the elegantly dressed skeleton known as ‘La Catrina,’ and how does she fit in with Día de los Muertos celebrations? It has been a long evolution from her beginnings to becoming the face of Día de los Muertos. The origin of La Catrina goes back to the ancient Aztec period. Mictecacíhuatl was the Aztec goddess of death and the Lady of Mictlan, also known as the ‘Lady of the Dead.’ She was the keeper of the bones in the underworld, and she presided over the ancient month-long Aztec festivals honoring the dead. When Christian beliefs supplanted the Aztec deities, and to a certain extent were superimposed on the ancient Aztec rituals, those celebrations evolved into today’s Día de los Muertos.

‘Catrina’ originated with Jose Guadalupe Posada, an artist and political cartoonist, who is considered the father of Mexican printmaking. Born in 1852, he apprenticed to a local printmaker and publisher when he was just 14, and moved to Mexico City in 1888.

Posada’s illustrations brought the stories of the day graphically to impoverished Mexicans who were often illiterate. His most popular images were his calaveras (skeletons). An image now recognized as “La Calavera Catrina” was published as a broadside (leaflet) in 1910, just as the Mexican Revolution was gaining momentum. Posada’s Catrina illustrated a high-society lady as a skeleton wearing only a French-style hat, which was intended as a satirical statement of those Mexican natives who Posada felt were ashamed of their indigenous ancestry, therefore imitated European style and denied their own cultural heritage. Posada’s ‘Catrina’ was only a head shot, unclothed, except for an elegant hat. Posada took his inspiration for his calaveras from Mictecacíhuatl. 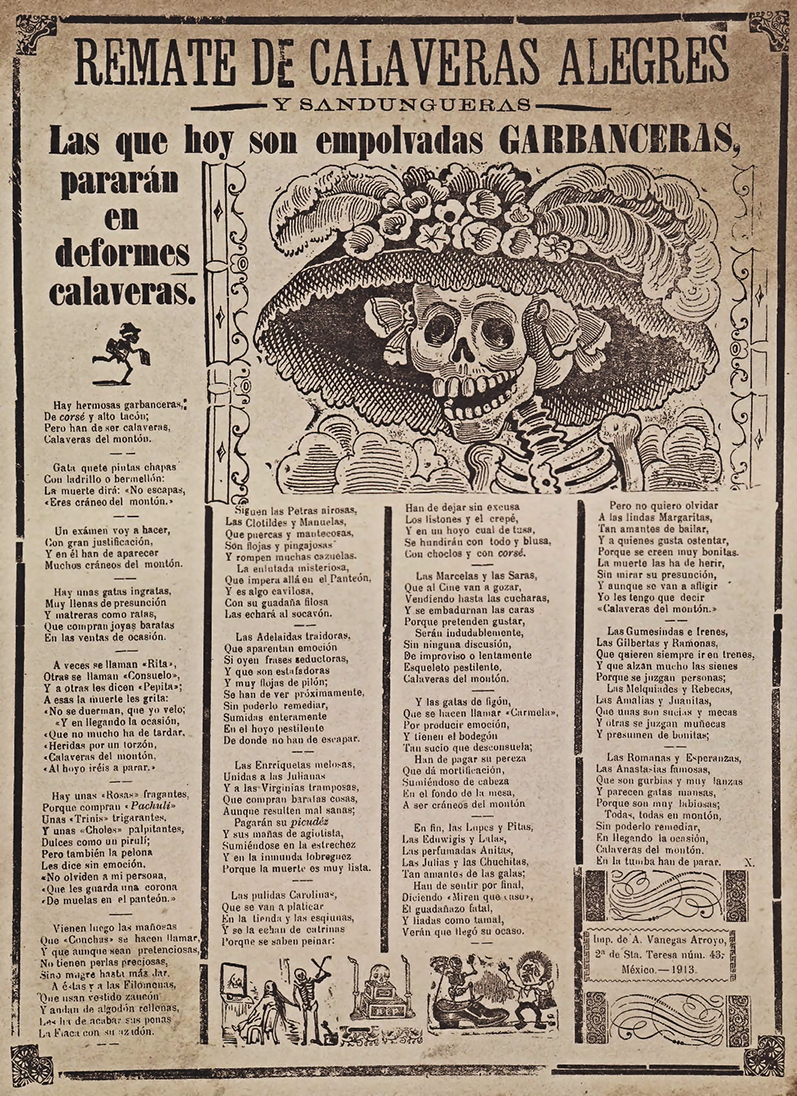 In 1947, artist Diego Rivera painted his mural Sueño de una tarde dominical en la Alameda Central (“Dream of a Sunday Afternoon in Alameda Park”). He took inspiration from the original 1910 work by Posada that introduced La Calavera Catrina. Diego’s work portrayed Catrina as a full-length figure in an elegant dress. In the center of this 50-foot mural, Catrina holds the 10-year-old Rivera’s hand while artist Frida Kahlo (Diego’s wife), in traditional Mexican dress, stands behind them. Posada, the creator of Catrina stands to her left. The popularity of La Calavera Catrina, as well as her name, is derived from Diego Rivera’s mural. After Diego Rivera’s portrayal of La Calavera Catrina in his mural, her emergence as a symbol for Día de los Muertos grew.

The symbolism of Catrina in the mural brings into focus one of the differences between Mexican and U.S. cultures: the differing attitudes toward death. Mexicans treat death with acceptance and even some humor instead of dread. La Catrina is the embodiment of this attitude towards death.

As explained by curator David de la Torre from the LA Plaza de Cultura y Artes, a Mexican-American museum and cultural center in Los Angeles, Catrina has come to symbolize not only Día de los Muertos and the Mexican attitude towards death, but also the fact that whatever an individual’s situation was in life, death renders them equal. De la Torre explains; originally Catrina was an elegant, presumably affluent person. “Death brings this neutralizing force; everyone is equal in the end. Sometimes people have to be reminded of that.” 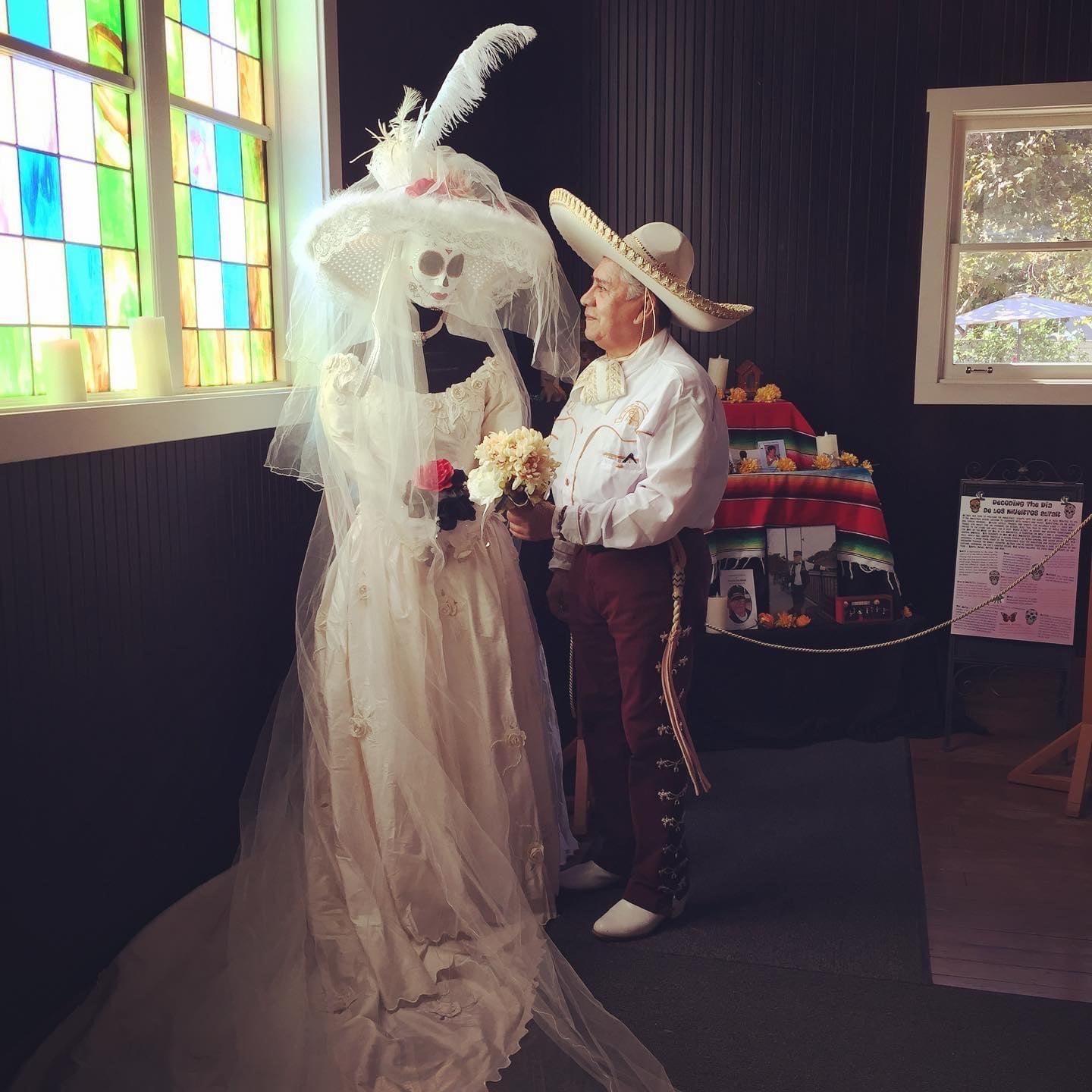 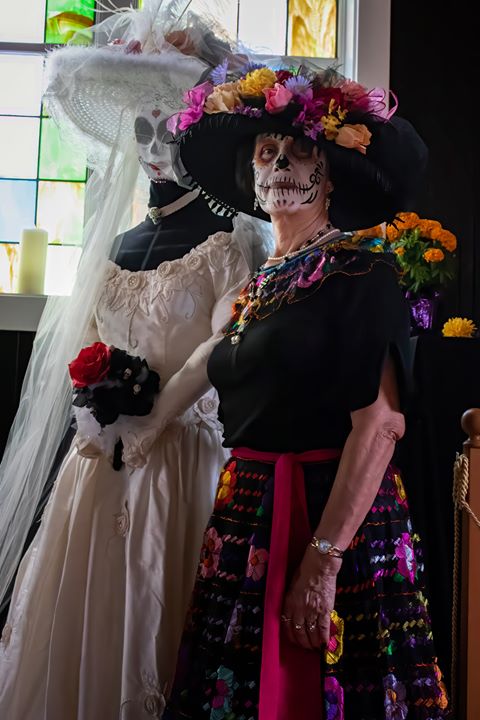